New Housing Sales Record For The Month of September. 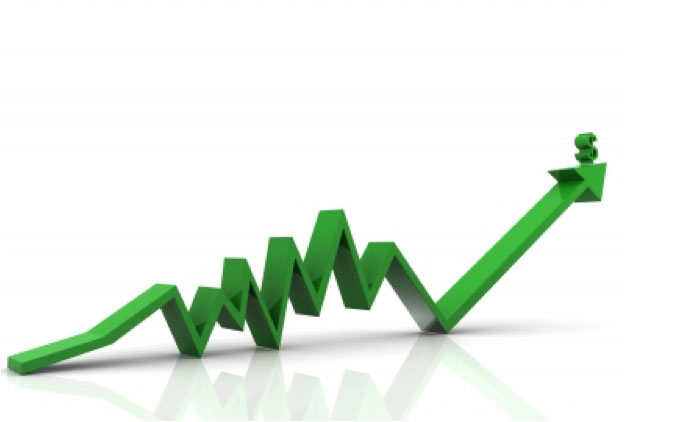 Improving economic conditions and extremely low borrowing costs sustained record-level sales in September, as we continued to account for the substantial amount of pent-up demand that resulted from the spring downturn. Further improvements in the economy, including job growth, would support strong home sales moving forward. However, it will be important to monitor the trajectory of COVID-19 cases, the related government policy response, and the impact on jobs and consumer confidence.

Ontario - New Record For The Month of September For GTA Area

Toronto Regional Real Estate Board President Lisa Patel announced that sales reported through TRREB’s MLS® System by Greater Toronto Area REALTORS® amounted to 11,083 – a new record for the month of September. This result was up by 42.3% compared to September 2019. Following a record third quarter, sales through the first nine months of 2020 were up by approximately one% compared to the same period in 2019.

“Improving economic conditions and extremely low borrowing costs sustained record-level sales in September, as we continued to account for the substantial amount of pent-up demand that resulted from the spring downturn. Further improvements in the economy, including job growth, would support strong home sales moving forward. However, it will be important to monitor the trajectory of COVID-19 cases, the related government policy response, and the impact on jobs and consumer confidence,” said Ms. Patel.

Year-over-year sales growth in September continued to be driven by ground-oriented market segments, including detached and semi-detached houses and townhouses. Annual growth rates were also higher for sales reported in the GTA regions surrounding the City of Toronto.

The September 2020 MLS® Home Price Index Composite Benchmark was up by 11.6% year-over-year. The average selling price for all home types combined in September was $960,772 – up by 14% year-over-year. Price growth was driven by the low-rise market segments. The relatively better-supplied condominium apartment segment experienced a comparatively slower pace of price growth.

Ottawa, October 5, 2020 -- Members of the Ottawa Real Estate Board sold 2,329 residential properties in September through the Board’s Multiple Listing Service® System, compared with 1,547 in September 2019, a year over year increase of 51%. September’s sales included 1,759 in the residential-property class, up 58% from a year ago, and 570 in the condominium-property category, an increase of 31% from September 2019. The five-year average for September unit sales is 1,602.

“The sheer volume of transactions in September, compared to a year ago, confirms the Ottawa resale market is continuing on its upward trajectory,” states Ottawa Real Estate Board President Deb Burgoyne. “The resale market in 2020, especially since the outset of the pandemic, has certainly not followed the usual spring and fall cycles we typically experience. This year has had its own distinct ebb and flow, and whether this momentum in our market will continue is difficult to predict.”

“However, the continued increase in new listings and demand remaining strong allows us to be cautiously optimistic. September saw 2,165 residential properties and 744 condominiums enter the market. This is an increase of 32% and 45% respectively over last year at this time, and over 400 more new listings than came on the market in August,” adds Burgoyne.

“While average prices in September hit an all-time high, the movement at the higher end of the market is also likely driving this figure higher. September’s median prices, which is calculated removing the extreme upper and lower prices, do show more moderate price gains coming in at $570,000 for residential properties and $350,000 for condominiums,” Burgoyne acknowledges.

“Of course, the fundamentals of supply and demand remain at play, and our inventory shortage will continue to put Sellers in a position to capitalize on the current market. Additionally, the dynamics of purchasing behaviour is shifting as Buyers become more tolerant of the condition of a property or its location, for example.”

“But, we can’t exhale just yet. At the end of the day, REALTORS® represent both Buyers and Sellers, so a balanced market would be a welcomed relief for everyone. We would like to see both sides get over the finish line with a feeling of elation, and that they have had a positive experience in their homeownership journey,” Burgoyne expresses.

In addition to residential and condominium sales, OREB Members assisted clients with renting 2,536 properties since the beginning of the year compared to 2,117 at this time last year.

New listings in September improved over last month, but levels remained comparable to the previous year. The increase in sales relative to new listings did prevent any monthly gains in inventory levels, but supply in the market is still down 12% compared to last year.

"The recent rise in new listings, combined with low lending rates and softness in prices, has helped support some of the recent upward trend in sales," said CREB® chief economist Ann-Marie Lurie.

"However, conditions vary significantly based on the price range and property type."

The adjustment in supply relative to demand has caused the housing market to move toward more balanced conditions. The current 3.7 months of supply represents the most balanced conditions seen for September in over five years. This has helped support some of the recent monthly gains in prices.

Total residential benchmark prices have trended up over the past three months, resulting in September prices that are similar to prices recorded at the same time last year.

Despite some of the recent improvements, the impact of COVID-19 is still present. Year-to-date sales remain nearly nine% below last year's levels, while city-wide prices are still over one% lower than last year. Considerable risk also weighs on the housing market due to economic uncertainty and a struggling labour market.

Improving sales and easing new listings resulted in further reductions in inventory levels and caused the months of supply to ease to balanced territory. Recent improvements in the supply/demand balance have supported some upward price movements. As of September, the benchmark price was nearly one% higher than last year.

However, the year-over-year gains have been driven by the more affordable end of the market, as prices remain well below last year's levels in both the City Centre and West districts of the city.

Semi-Detached, Given some recent monthly gains in new listings, sales in this sector improved in September, but at a slower pace than both the detached and row sectors. This could be related to the significant pullback in inventory.

September inventory levels were nearly 21% lower than last year, the largest percentage decline in inventory among all property types. This shift in supply, along with improving sales, has started to help reduce the oversupply in this sector and ease the downward pressure on prices.

September prices remain nearly two% lower than last year's levels, but prices have started to improve in the South, South East and East districts of the city.

Sales Row Houses sector has continued to trend up for the past several months and September sales were significantly higher than last year's levels.

While it was not enough to offset the pullback that occurred during the COVID-19 shutdown, row sales activity is four% lower than last year's levels. The growth in sales could be related to the significant price adjustment that has occurred in this sector.

Prices in this sector have eased by seven% compared to last year and remain nearly 17% below previous highs.

All other sectors have seen some recent year-over-year gains in sales, but the Apartment and Condominium sector continues to trend in the other direction. Year-to-date sales declined by 16%, the largest decline among all property types.

At the same time, new listings continue to rise, which is causing further inventory gains. This is keeping the months of supply above seven months.

There have been some districts showing signs of price stabilization, but overall, year-to-date prices have eased by more than two%, amounting to a total adjustment from 2014 highs of over 18%.

The Fraser Valley Real Estate Board processed 2,231 sales on its Multiple Listing Service® (MLS®) in September, an increase of 66.1% compared to the same month last year and an increase of 9.4% compared to August 2020. This is the highest recorded sales for September in the history of FVREB.

In the last three months, Fraser Valley has seen a defined shift in demand towards single-family detached homes with sales in July through to September garnering 47% of the three main residential types, compared to 43% during the same period last year.

Chris Shields, President of the Board, observes, “Our homes have never been more important. Across the Fraser Valley, we’re seeing a trend towards buyers looking for more space and livability in both single‐family homes and townhomes.

“For many existing homeowners and first‐time buyers, their buying power is greater than it’s been in a long time.

Interest rates are very low, people have saved money over the last few months, and they’re choosing to invest it in their most important asset. Sellers are also recognizing that with lower than normal inventory, this is a smart time to list.”

Baldev Gill, Chief Executive Officer of the Board, adds, “Our industry is a leading example of how business transactions can be conducted efficiently and effectively while following stringent safety requirements as laid out by our province and provincial health officer.

“This is particularly important given the uncertainty ahead for us and the need for everyone to remain vigilant.”    In September, the average number of days to sell an apartment was 35; 25 for townhomes and 28 for single-family detached.

- Single Family Detached: At $1,032,700 the Benchmark price for a single‐family detached home in the Fraser Valley increased 1.3% compared to August and, increased 8.7% compared to September 2019.

- Apartments: At $436,900, the Benchmark price for apartments/condos in the Fraser Valley decreased by 0.1% compared to August and increased 4.7% compared to September 2019.

Understanding the current market value of your home is a crucial 1st step in determining the right time to sell. Call me today for a no obligation Free Home Evaluation.
CALL
Laura C. Smythe